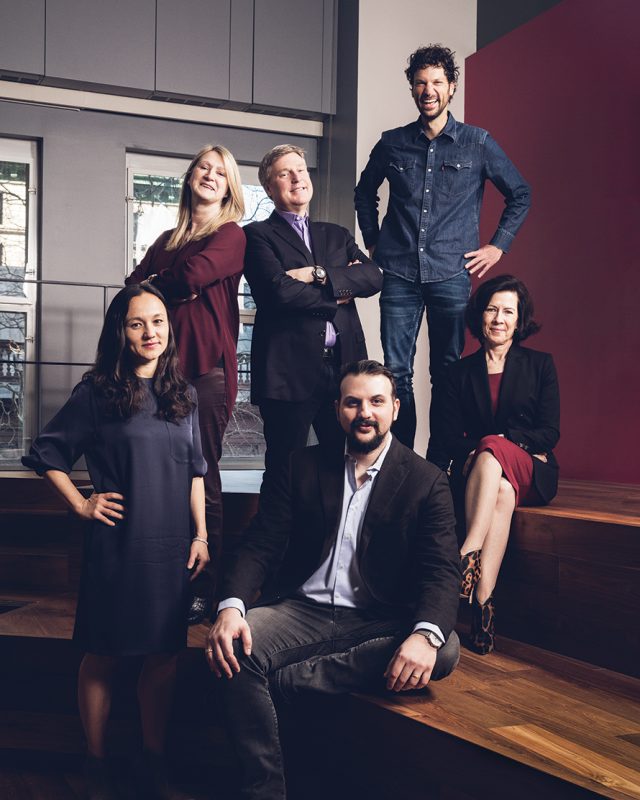 From 2016 through late 2017, several of OMD’s most valuable accounts fell like dominos as the industry-wide string of big-budget reviews continued apace. The Omnicom Media Group hub remains, by most estimates, the world’s largest media network—but after a decade-long run atop the heap, it ranked dead last among 18 agencies on consultancy COMvergence’s 2017 new business report.

“If I have the numbers right, we lost about $1.8 billion in business in 2017,” says Florian Adamski, the former Omnicom Media Group Germany chief who ascended to the global CEO role at OMD after a devastating six months with an estimated new-business value of negative $800 million. 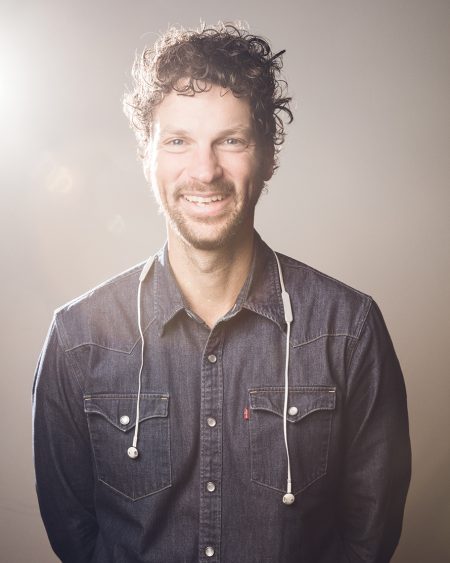 “I think a lot of agency people have forgotten that we do not have a natural right to exist,” says Florian Adamski, global CEO, OMD.

“I think a lot of agency people have forgotten that we do not have a natural right to exist,” says Florian Adamski, global CEO, OMD.
Kevin Scanlon

“It took a moment for us to really understand that we were calcifying around a previously successful approach,” Omnicom Media Group CEO Daryl Simm says, “as opposed to transforming into a new era for the agency.”

In other words, OMD was firmly stuck in the past.

“What we really needed was the reestablishment of a North Star,” says Simm, “a future-facing ambition to rally the talent and, most importantly, the clients around.”

Adamski and his team quickly went to work. They created a new positioning called “Better Decisions, Faster” and translated that approach into a series of escalating new-business wins while defending most of their largest legacy accounts. By the end of 2018, the agency had clawed its way up from the very bottom of the COMvergence rankings into a virtual tie for first place.

That remarkable turnaround earns OMD the distinction of Adweek’s Global Media Agency of the Year for 2019.

The deceptively soft-spoken Adamski, who was not well known in the U.S. or U.K., may not have been the most obvious choice to lead OMD out of the wilderness.

But as the network struggled to regain momentum, Omnicom executives decided a big move was necessary. Given his track record leading one of its largest markets in Germany, as well as his time spent in the startup world, “it wasn’t a difficult decision,” Simm says. 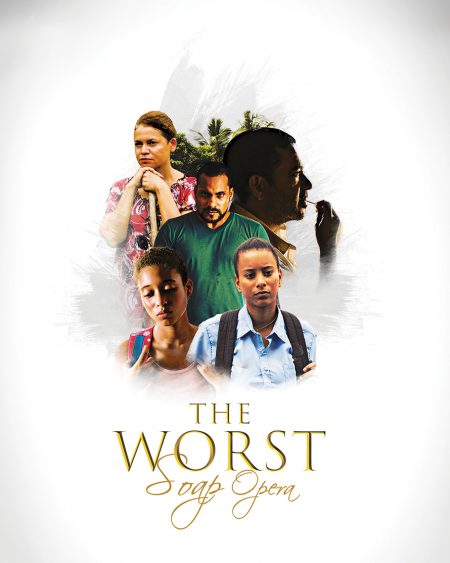 To help raise awareness about a law that allows women to legally marry before age 18 in the Dominican Republic, OMD created a 10-episode show, The Worst Soap Opera, for Unicef. It clocked more than 6 million YouTube views (in a country of only 10.6 million), and elected officials started discussions to change the law.

To help raise awareness about a law that allows women to legally marry before age 18 in the Dominican Republic, OMD created a 10-episode show, The Worst Soap Opera, for Unicef. It clocked more than 6 million YouTube views (in a country of only 10.6 million), and elected officials started discussions to change the law.

“At the end of 2017, the first thing I did personally was that I started to listen,” Adamski says, citing “an inconsistent set of capabilities, tools and talent across the globe” that had failed to keep up with client briefs as they “radically changed” over the course of a few short years.

The road to recovery started in London, where 36 OMD executives gathered in November 2017 for a “blunt, candid” discussion of the challenges ahead.

The product of this summit was a list of 15 global initiatives “touching on every single facet” of OMD’s business, from content to ecommerce. Stephenson took on the considerable task of turning them into actionable goals for teams around the world.

“We had people literally crawling around on giant scrolls writing up the initiatives,” she says. “It was truly co-created from the bottom up, not mandated from the top down.”

Most important, Omnicom leadership was all in.

Another major component of the repositioning centered on Omni, the data analytics platform launched last June. Mirsky and chief strategy officer Chrissie Hanson collaborated over a period of several months to create OMD Design, which Adamski describes as “the guiding process that makes sure that people know exactly which Omni capability, which tool, which application to use” for different client briefs around the world.

“We needed a way of working that would manage complexity and speed” for all 12,000 employees, says Hanson.

This process helped “Better Decisions, Faster” expand from the 36 London attendees to a group of 200 leaders at offices around the world who regularly provide Stephenson with integration progress reports.

OMD had no choice but to hit the ground running. The month before that November meeting, McDonald’s placed its global media business in review.

Slow and steady wins the race

“They talked about a charter for change,” says Adamski of the golden arches, which may serve as a case study for his agency’s new strategy since OMD has retained the business in every region except France and Russia.

Doing something better and faster is a concept that certainly resonates with McDonald’s,” says that brand’s Canadian CMO, Antoinette Benoit. “OMD’s commitment to delivering better decisions quicker—enabled by enhanced data and analytic capabilities and an advanced planning and real-time tracking process—positioned them as the best agency with the best diverse talent to push us further.”

On the new-business front, OMD leadership also realized that they could not focus only on the biggest prizes.

Throughout the year, the agency won small and midsize accounts around the world, picking up most of Betway’s global business in April; Kimberly-Clark Mexico, Tourism Ireland and Britain’s government media in May; and U.K. supermarket Lidl in June.

The puzzle pieces truly came together in the year’s second half as OMD streaked past its competitors, expanding a 20-year relationship with skin-care company Beiersdorf in the U.S., Europe, Asia and the Balkans while picking up Henkel in France and Italy and winning the remainder of Activision’s global business. Later wins included Canadian telecom giant Rogers and Daimler Mercedes, the jewel in this year’s crown with nearly $1 billion in annual billings.

Anticipating the “hungry moments” of World Cup fans in Hong Kong, the agency partnered with Google to use real-time trigger technology to promote McDonald’s at key moments such as the beginning and end of games or when a player scored.

“In 2018, we won 15 of 18 local market reviews,” says Adamski of Beiersdorf. “That had never occurred before [because] they see every market differently.”

OMD closed 2018 by playing a critical role in Omnicom’s successful pitch for the U.S. Army business, with more than $200 million in estimated annual billings.

Even clients that didn’t run reviews in 2018 noticed a change in the agency.

“2018 marked a year of significant progress in the way [OMD] doubled down their focus on connecting data-driven capabilities that would allow for us to make more informed and business-relevant decisions on the one hand and inspire our creative messaging on the other hand,” says Simon Lowden, president and CMO of PepsiCo’s global snacks and global insights division. 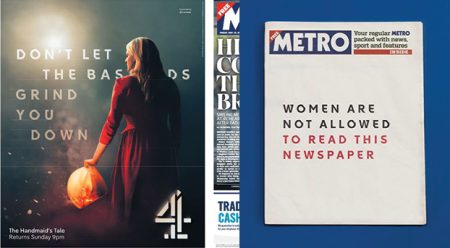 With the goal of attracting 1.5 million people to tune in to the second season of The Handmaid’s Tale on Channel 4 in the U.K., the agency executed provocative daily news wraps, high-impact DOOH and Kindle placement, resulting in 2.1 million watching the premiere.

With the goal of attracting 1.5 million people to tune in to the second season of The Handmaid’s Tale on Channel 4 in the U.K., the agency executed provocative daily news wraps, high-impact DOOH and Kindle placement, resulting in 2.1 million watching the premiere.

To promote the second season of The Handmaid’s Tale on the U.K.’s Channel 4, the agency bought a cover-wrap placement on the popular Metro paper along with a Kindle wake screen message and a series of digital out-of-home placements in major train stations that carried copy like, “The city is no place for a woman. A woman’s place is at home.”

A subsequent study estimated half of all U.K. residents saw the work.

Adamski acknowledges that the pace of change over the past year is not sustainable. But he believes it has placed OMD a step ahead of several industry-wide challenges, chief among them insourcing. In fact, he often encourages clients to take portions of their business in-house.

“I think a lot of agency people have forgotten that we do not have a natural right to exist,” says Adamski, adding that OMD, as a business, cannot “try to hold on to a model that does not seem viable anymore.”

For now, however, he has helped charter a new course for one of the industry’s largest boats.

“I could walk out of that door tomorrow and OMD would not feel the effects, because we have built something up from the bottom that is in our substance now,” he says. “It’s not just me who won those accounts.”

Most of OMD’s key moves occurred in September 2017, as Florian Adamski and John Osborn arrived as global and U.S. CEOs, respectively, and Monica Karo moved from U.S. CEO to chief client officer and Kate Stephenson to COO. Damian Winstanley became CMO in 2018, while Guy Marks was named CEO, EMEA, from Mobile5 Media and Brian Crotty joined from AlmapBBDO as CEO, Latin America.

$1.32 billion, up 3 percent, according to industry estimates.